Over the past couple days, Facebook has been making some major changes to its platform to add more functionality and help its users enjoy a better experience. I recently spoke about one of the improvements, the ability for page administrators to directly message fans that comment on their posts. See post here

Moreover, Facebook recently made a move that I believe is an attempt to dominate the internet and keep users on their platform for much longer. They announced that they are going to open up “Instant Articles” which is a product for publishers to create fast, interactive articles on Facebook for everyone. Previously, “Instant Articles” were only available for large media companies and content creators; however, with the impending change, every content creator with a blog will now have access. The upgrade will be launched on April 12th 2016.

Generally, when you post an article from your blog on Facebook, persons are taken directly to your blog when they click your post. Sometimes, especially on mobile, because you are redirected, the article takes a long time to load. Consequently, “Instant Articles” aim to fix that problem. When the upgrade is in effect, the articles will open inside Facebook, so no one will be taken to your blog. Unfortunately, the demerit to the convenience is that traffic to individuals’ blogs will be affected, but articles will load much faster than if they were directed elsewhere.

Many people believe the change could also affect your ability to monetize your content and blog; however, according to Facebook, publishers have the ability to bring their own direct-sold ads, keep 100% of the revenue, and track data on the ads served through their existing ad measurement systems, or they could monetize their content through the Facebook Audience Network. Note that Facebook keeps 30% of the revenue when you use their audience network. Admittedly, many people may say that you are giving up control to Facebook; however, looking at the glass half full, if you accept their terms, you’ll have access to Facebook’s 1.6 billion users. From there, you can select which content people see using Social Media Examiner and also insert Google analytics to track everything.

Not only is Facebook launching “Instant Articles”, they just released “Reactions”. Now apart from “Liking” a post, users can now “Love”, “HaHa”, “Wow”, “Sad”, and “Angry” a post. To select, simply hover over the “Like” button and the new reactions will appear. The decision to offer reactions began just over a year ago. Much research and many studies went into deciding what reactions to offer users. The tests were initially done on a small, selected audience before it was officially rolled out to everyone.

“Reactions” is also on IOS and android mobile devices, and I believe it is a good move for the company and its users. Facebook is also launching “Canvas”, a full screen ad experience built for bringing brands and products to life on mobile. More information about “Canvas” will be out soon. Honestly, I am super excited to see what other improvements Facebook has in store for us, its users. What do you think about some of these changes, and how do you plan to use them to enhance your brand on Facebook? 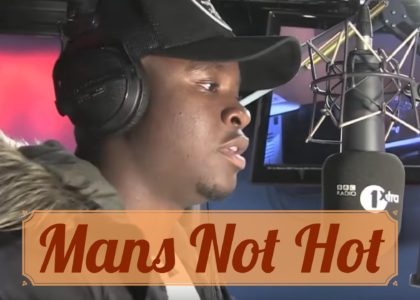