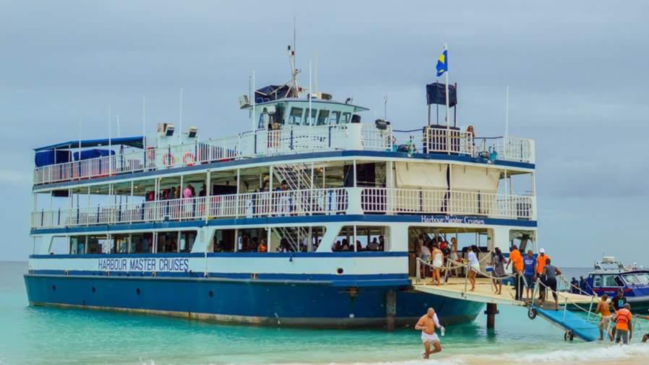 One of the most effective forms of marketing is Word of Mouth Marketing. Word of mouth is the earliest form of marketing that exists. Imagine the pre-historic marketer who had something to sell. You can only know he had something to sell if he told you directly face to face or if someone in contact with him told you. This last part is what facilitated testimonials and feedback.

Over time marketing has evolved to become more than just word of mouth. However, it is still the most effective form of marketing. I will trust the words of my friend over an ad coming from a company. If Company X tells me its products are great, this might not mean much to me, but if my friend Dangles said to me that Company X products are great, I am more inclined to believe him.

Why am I talking about word of mouth? Simple, in the last couple of days, one brand had to learn,  and unfortunately, about the negative effect of word of mouth [on steroids]. The boat Harbour Master is a Party vessel that goes from country to country in the Caribbean to facilitate party cruises and excursions; they brand themselves as the largest party cruise vessel in the Caribbean! Furthermore, their Facebook page states that the HARBOUR MASTER provides an aesthetic and memorable experience for all of its passengers. Therefore, it seems like the Harbour Master prides itself on delivering an unforgettable experience to its patrons.

Nevertheless, one can argue that on their last cruise in Grenada, they certainly provided an unforgettable experience. An incident occurred between members of the crew and Grenada’s Javelin World Champion, Anderson Peters. Everyone has their opinion on the matter, what was right and or what was wrong. Let me hasten to say that I will not be addressing that particular issue here.

In the aftermath of the incident, Grenadians locally and abroad took to social media to launch a vicious attack against the Harbour Master. People were upset as videos started circulating on social media showing the crew members of the Harbour Master beating and alleging throwing the World Champion in Javelin overboard. People quickly moved to the Habour Master’s social media page and began leaving negative reviews both on Facebook and Google, and BOOM, Harbour Master ratings on both platforms dropped significantly. From over 4.5 stars on both platforms to 2.4 on Google and 3.5 on Facebook, respectively.

Many people started talking about the power of social media and how social media was used to attack the Harbour Master. However, while social media was the tool people used to voice their opinion, what was at play here was word of mouth on steroids, as I stated previously. Social Media gave people an avenue to amplify their voice against Harbour Master. If you are still questioning the importance of Word-of-Mouth Marketing and social media, this is a typical example of how it can work against you.

What are the lessons for Brands to learn from this, then? Well, that’s exactly what I will be looking at here. I put forth my argument in three points/ lessons:

I don’t have internal information about the operation of the Harbour Master, but I am 100% sure the employee handbook doesn’t include fighting with customers and throwing them overboard. (A recent release from the boat captain said Anderson Peters fell and wasn’t thrown over; however, one can argue the video tells a different story).

Once your employees are appropriately trained and understand the essence of your brand, they will know how to deal with any kind of customer, even if they are drunk or behaving unruly, as is being purported and reported by the crew concerning the Anderson Peter case. Proper training in customer service and all other areas will allow and should have allowed the HARBOUR MASTER crew to provide an aesthetic and memorable experience for all their passengers, patrons, customers or whoever, as stated on their Facebook Page.

The experience, while memorable, was certainly not a positive one and resulted in all 5-harbour master crew members involved in the altercation being charged by the authorities in Grenada after they pleaded guilty. That is not the message you want going out to the world.

If You Are Not Using social media For Marketing, Use it for Customer Service and Customer Relationship Management

If you ever question the effect of social media, go back to the drawing board with your thinking because everyone today with a Smart Phone and access to the internet is a media company. Therefore, we must be careful and believe that anything we do can end up online and spread like wildfire. Pre social media, when someone had a negative experience with a brand, they told maybe ten people; today, with the advent of social media, they can tell hundreds and thousands of people with just one click!

Social media also allows people to dig up past brand transgressions to add to any negative attention they are getting. This happened again in this case with the Harbour Master when an incident in Barbados involving the Harbour Master which resulted in someone dying resurfaced. Even old reviews about crew members’ behaviours and attitudes resurfaced, further adding to the vessel’s negative attention.

If that wasn’t bad enough, people started using the official Harbour Master hashtag (HarbourMasterTT) in their posts, which means that in the future, all the negative posts will resurface if someone searches this hashtag. This is terrible news for the future of harbour Master unless they start promoting a new Hashtag. (Which is what I would advise them to do). Therefore, if you won’t use social media for marketing, use it for customer service and to manage customer relations; most importantly, use social media to manage your brand reputation. Deal with any negative perception out there because it can come back to haunt you.

I believe despite what was happening; Harbour Master could have managed the hit to their reputation better if they had a better crisis communication plan in place. First, they should have used the same channel they are being attacked on (Social Media) and issued a statement immediately, saying something as simple as they are aware of an incident on their vessel based on videos being circulated. What happened does not represent the nature of their brand in any way, and they are currently gathering information and will issue a proper release once all details are received. They took too long to respond, and by the time they did, it did not matter what they said; people were already too angry.

All organizations should have a crisis communication plan in place if something like this happens so they can better manage the fallout.

The situation is still evolving, and I wish everyone all the best and hope that whatever happens, it’s in the best interest of all involved.

How To Brand Yourself Online 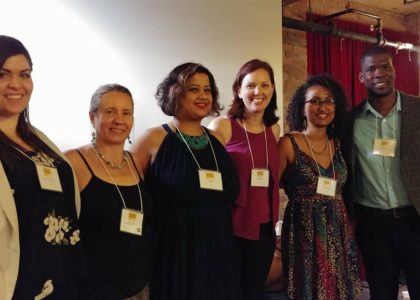