LEARN HOW TO GET MORE CUSTOMERS

5 tips how to be successful

Ever since I cut all my hair off back in 2001 I have been told numerous times I look like an ’empress’, or like an African. A gentleman once asked me if I knew who Miriam Makeba was. I thought to myself (before answering), of course I know who Miriam Makeba is. She’s only one of the best singer out of South Africa. Apartheid or not. Cue ‘Pata Pata’.
So I answered him with a positive and he replied that I looked like her with my low hair cut. I thanked him for the compliment though I thought I look nothing like the lovely lady.

The African continent is the second largest and also the second most populated in the world. If memory serves me correctly it takes up about 6 percent of Earth’s surface area and about 21 percent of the land area. That’s a big one. A few of the countries on said continent are said to be wealthy yet starvation, malnutrition, rape, homelessness, atrocities such as racial killings and so many other vile things are prevalent. Yes this happens everywhere else too I know, but I want to focus on Africa as it is the topic on almost everyone’s tongue here in Jamaica as a repatriation alternative.
Things have not been so wonderful in homeland Jamaica for quite a while now and it doesn’t seem to be getting any better. There have been calls from church leaders, political leaders and civilians alike for us to ‘take back Jamaica from the criminals who kill children, mothers and the elderly wantonly’ much to no avail. The calls are echoed but nothing happens at the end of that echo. A march here, a march there. That’s it. Not many criminals have been caught tried, convicted and sent to jail or better yet put to death for their crimes. But I digress.

On this notion many Jamaicans, Rasta or not want to go back to Africa. I ask this question – Isn’t that jumping out of the frying pan into the fire? Africa has hundreds if not thousands of different tribes and lets say I want to trace my heritage, I’d have to start with the region then the country then the tribe and if I really want to get down to details I’d look into religion. No problem. But we all know that most of the countries there dislike each other, most of the tribes plunder each other mercilessly and it is not all because of the white man. Hate crimes happen on a daily basis. Religious and ethnic killings are almost a norm in some parts of the continent. The recent killings at the University in Kenya has still got me stumped. History has also shown numerous other massacres and genocides taken place in some areas of the continent. There doesn’t seem to be an end to all this madness. Yet a lot of Jamaicans want to ‘go back to Africa’. Why? I ask. Why? What is the real reason? There must be a catch. Is it lower taxes, better living conditions, prettier women, more women or is it because H. I. M. Haile Selassie came from the continent? Would you reside in your ancestral village or better yet in one of the better, more modern part of Africa or would you reside among the less fortunate and help them out of their desperation? Is this repatriation for convenience?
Why not start here? Help the people of the country you were BORN in out of their desperation. Make it a better place to live in and for YOUR child/children to grow up in. Make this our own Africa.

I adore the African continent, its tribes, people and diverse cultures. As a matter of fact other than Europe I would love to visit or even reside in one of its regions for at least a year. But that’s as far as it goes. I was born in Jamaica. I am from Jamaica. I’m not an African and I don’t own any land there. Heck I don’t even own (at least not yet) land in the country I was born in much less.

As far as I know Africans are a hard working set of people. They love their cultures and religions. They are dedicated to carrying on the traditions of old and no one gets in their way. With all due respect most of us Jamaicans are not that dedicated. Or should I say most of those who want to go back to Africa are not that dedicated. The only ritual they (repatriates) are interested in is the marijuana ritual. That is not all there is to life. I kid you not. Societies function on laws, rules and regulations whether religious, political or social. So if its those rules and regulations that you are trying to escape from then you are out of luck.  You may even encounter more stringent ones there.
Let us live and love. Forget selfishness, egoism, racism, discrimination of any form, self satisfaction. Let us erase poverty, cruelty to our children and elderly. Let us take care of Mother Earth so that she can in return take of us. 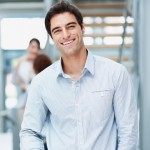