Caribbean Entrepreneurs Social Media The Beyond the hustle show

Growing a Business with Social Media, Ideas vs Execution, and When I Started Hustling

These are some of the questions I am frequently asked while conducting my show Beyond the Hustle for Caribbean and Aspiring Entrepreneurs. Subscribe to the show here

How do you use Social Media to Grow a Business?

My answer stems from what I learned while working as a digital marketing strategist as well as something Gary Vee said to Larry King.

– Respect Social Media– Firstly, you need to understand that social media is real, and it should be respected. Do not be like the strict radio listeners that didn’t respect the television when it first came onto the scene. Know that attention is one of the major currencies used in marketing, and in this day and age, the internet owns everyone’s attention so respect social media.

– Respect the Context of Each Platform– When you attend church, your conversations are generally way different than those you hold with your friends at dinner. Similarly, social media platforms differ in context, effectiveness, applications, and use. Therefore, understand that Facebook is different from twitter and Instagram. So avoid automatically sharing replica posts to multiple platforms ASAP. Instead, present the same message in ways that best suits the context of what works best on that platform.

– Provide Value– I recently had a client that hired me to run some Facebook ads, but the individual managed the business’ page. However, the person’s management approach was flawed since the individual was practically only posting content to get people to buy the product. Therefore, don’t be like this person. Instead, provide value to your community through simple, effective initiatives like free giveaways, useful tips, advice, etc. Once you have given enough value, you will earn the right to ask people to buy.

Which is More Important, Ideas or Execution?

You may have hundreds of ideas in one week, but for success, they cannot stand alone since action is the only true agent of change. Consequently, without proper execution, your ideas are practically worthless, so although coming across workable ideas is an important step, execution is more essential.

How did you Get Interested in Business and Hustling?

When I was in younger, one of the most successful entrepreneurs in my village was a gentleman by the name of Oscar “Chest” Andall. At times, I hung out at his sports store looking at the products. More often than not, I didn’t buy anything, but he didn’t mind and would allow me to hang around. On one occasion, he had some beach balls he was selling for $5. He asked me to get some of the balls pumped for him because he didn’t have a pump at the time. I agreed. I filled a net with about 10 or 15 balls and carried them to a nearby location to fill them with air. After inflating the beach balls, someone saw them and asked me the price. I replied $5 then proceeded to ask if buying a ball would be of interest. Surprisingly, my sales pitch was on point because I was able to sell one of the balls on the spot. I felt good about the sale, and I decided to challenge myself to sell them all in 10 minutes, the time it took to walk back to the store. My prowess as a salesman was impeccable because when I returned, all I had were the empty net and the money from the sale of the balls. Chest was elated, and immediately hired me as a balls salesman. At one point, I was selling so many, and the market was so good that Chest increased his orders and even hired a number of my friends to help with the demand.

My friends and I sold balls every summer vacation period for many years. Admittedly, when I got to high school, I was showing more serious interest in girls, so my pride got the best of me, and I discontinued selling for Chest. However, years after stopping, some the younger guys in the village continued the venture. Upon reflection, my entrepreneurial spirit was alive even before my summer job. When I  attended primary school, I sold empty envelopes to my classmates. Quite frankly, to this day, I have no idea why they bought the envelopes since they had no use for them. However, one day my envelope hustle was stopped dead in its tracks because my supplier, a classmate, refused to restock my supply when I ran out. I didn’t make that situation deter me; instead, I moved on to another venture.  One of my friend’s brothers was an artist. He would occasionally bring his brother’s art at school, and I noticed how students, including myself, were captivated by his creations. He couldn’t give away the artwork nor sell them because they weren’t his. So one day I took a blank sheet of paper, placed it over a drawing, and traced it. After duplicating the image, I returned the original to my friend, made several copies with the copied version, and sold them to my classmates and anyone in the school who was interested. Further, at one point, I even made tamarind balls and sold them during break time. From those experiences, my hustling and business flames were ignited and continue to burn brightly to this day. 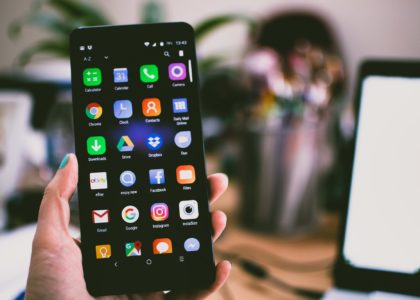