I took a break from working a while ago and sat down to watch an episode of “The Neighborhood.” The Neighborhood is a comedy series on CBS starring Cedric the Entertainer as Calvin Butler, Max Greenfield as Dave Johnson, Tichina Arnold as Tina Butler and Beth Behrs as Gemma Johnson. In the latest episode, Dave and Gemma’s Son Grover started making videos on this Social Media Platform called Paddiwak which, according to Dave, “is like Tiktok but from Korea instead of China.” Dave and Gemma had no idea Grover was on Paddiwak until he received a cheque from them for $130. Grover was a budding influencer on the platform with up to 12K followers.

Dave and Gemma are horrified and don’t think Grover should be spending his time on the internet posting videos, and they don’t even think he should be making money on the Internet. According to Gemma, the Internet is unsafe for kids, and she does not want her son on Paddiwak. Therefore  Gemma and Dave ban Grover from going back to Paddiwak and making any videos on the Internet, period. To get Grover entirely off the Internet and away from Paddiwak. Dave and Gemma got Grover a “real job” at Calvin’s Garage.

While working at the Garage, Grover has a couple of mishaps, including throwing oil on the ground and causing one employee to slip and damage his back; he later hit the same employee with a wrench in the head. Calvin then fired Grover; however, when he fired Grover, at the same time, someone walked into the Garage to check his car as his “Check engine light” was on. He said he saw Calvin on Paddiwak and decided to go in.

Later at home, Gemma and Dave scold Grover for not doing a good job at the Garage and getting fired. They also told him he had to apologize to Calvin. While this was happening, Calvin stopped by and seemed very happy instead of annoyed. He then said to Grover, hey, Grover, remember when I told you was fired, I meant you’re promoted. You’re my new Social Media Director.

Gemma and Dave weren’t sure what was happening, and Calvin explained that throughout the day, people kept coming into the Garage for different services because they saw him and the Garage on Paddiwak. One guy even went for a transmission change (a $5000 job) because he saw Calvin on his son’s Paddiwak account. It turns out Grover was making videos from inside the Garage and posting them on his Paddiwak account.

Initially, Dave and Gemma were mad because Grover had disobeyed them. After Grover explained what making videos meant to him, they agreed to let him continue making videos with more supervision.

So why am I writing this? I am writing it because sometimes when I speak to businesses about utilizing platforms like Tiktok, Snapchat or even Instagram, they dismiss them as platforms for young people to be silly. They don’t think their target audiences are on there, so they don’t believe it is necessary. But more and more Kids and young people are influencing their parent’s decisions, and as businesses, we could be missing a huge opportunity by dismissing these platforms too early.

In the CRAVE model for social media success, the E is for Experimentation. Before we dismiss a platform, thinking it is just for young people and not beneficial to your business, try it, and experiment with it; you might be surprised by the outcome.

gen zSocial Media Marketingsocial media platformstiktok
You may also like 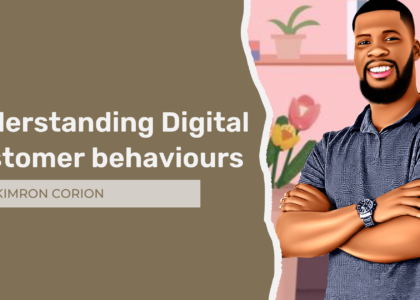 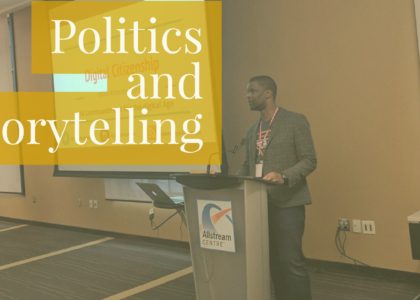